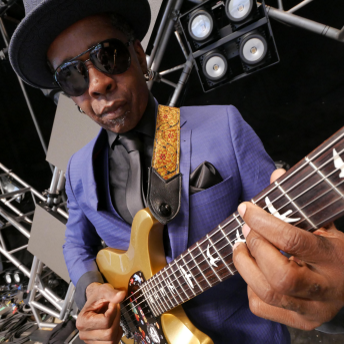 Breaking through on the avant-jazz scene on the Lower East Side with Decoding Society and Defunkt, Reid has been musically building on that groundwork ever since. In 1985, he co-founded the much needed Black Rock Coalition to confront racism in the music industry. Additionally, Reid also worked with leading choreographer Bill T. Jones in 1994 on the two-part dance project Still/Here.

Always moving forward, Reid is currently working on a variety of ventures including a new solo album, a new soundtrack for the latest film directed by Brad Lichtenstein, and a book of his photographs. This summer Reid will be on the road with his band Living Colour, whose last album Shade was released in 2017.