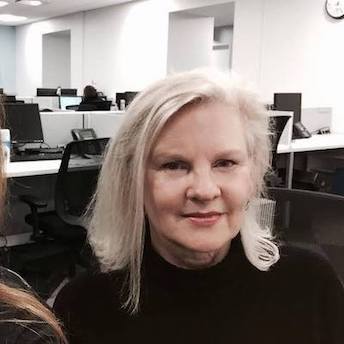 Susan Whitall was born in Philadelphia, grew up in metro Detroit and was never the same after seeing the Beatles in 1964. She earned a B.A. in English from Michigan State and joined Creem Magazine in 1975. In 1977 she became editor. She joined the Detroit News in 1983. During the 1995 newspaper strike she wrote Women of Motown, for Dave Marsh’s Oral History of Rock ‘n’ Roll series. She also wrote Fever: Little Willie John’s Fast Life, Mysterious Death and the Birth of Soul, and Joni on Joni: Conversations and Encounters with Joni Mitchell. Susan’s story about the death of Aretha Franklin for the Detroit News led to a first place AP award in August 2018; she won a first place from the Society of Professional Journalists in 2017 for a piece about Motown’s use of classical musicians, for the Kresge Foundation. Susan was inducted earlier this year into the Michigan Journalism Hall of Fame.