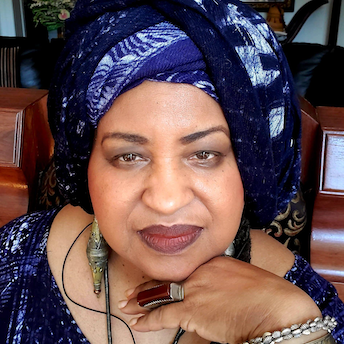 Marsha Music, writer and poet, is a self-described "Detroitist." She writes acclaimed essays, poems and narratives and is the daughter of a legendary pre-Motown record producer, Joe Von Battle. In her teens she became a student activist, and a founder of the iconic League of Revolutionary Black Workers.  She later became a labor activist and at age 28 a union president. She followed with almost 30-years in the courts, until her retirement in 2020.

An autodidact and independent scholar, she is a noted speaker and presenter, and has contributed to anthologies, oral histories and documentary films, including on HBO, PBS, Amazon Prime and the History Channel.

Ms. Music was the recipient of a prestigious Kresge Literary Arts Fellowship in 2012, and a Knight Arts Challenge award in 2015. She has performed her poetry and acclaimed one-woman shows on many Detroit stages, including the Detroit Symphony and Michigan Opera House. She is recognized as a cultural luminary, ambassador and singular Detroit voice. In 2019 she published her inaugural book, The Detroitist.

She has known Dave Marsh since the mid-1970s, and regards him as a seminal literary and musical role model.