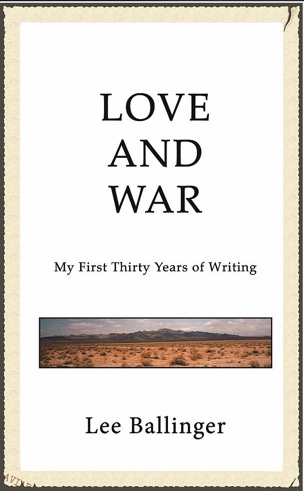 Lee Ballinger is the West Coast Editor of Rock & Rap Confidential, the magazine edited by Dave Marsh that’s known as “the conscience of the music industry.” Ballinger is a combat veteran of Vietnam who came out of the steel mills in Ohio to forge a career as a writer. He has written four books and his work has appeared in publications ranging from the New York Times to the Village Voice, from Inside Sports to Rolling Stone. Cameron Crowe, Academy Award winner for best screenplay in 2003, said of Ballinger’s short story Voices in the Sky: “A great piece of writing—there’s not enough storytelling about the real world, that big beautiful place outside between Hollywood and New York City.” Love and War: My First Thirty Years of Writing gathers much of the best writing by Lee Ballinger. https://www.loveandwarbook.com/