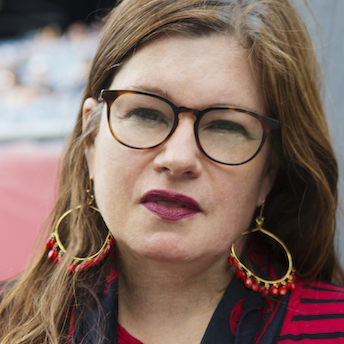 Holly Gleason is a music critic, author and academic whose work has appeared in Rolling Stone, LA Times, NY Times, Spin, CREEM, No Depression, Oxford American and Miami Herald. Editor and contributor to the 2018 Belmont Book Award-winning Woman, Walk The Line, she is the 2019 Country Music Association Media Achievement Award winner, as well as a 2-time global International Network of Street Papers nominee for Best Cultural Reporting. She's also received the Nashville Songwriters' Hall of Fame's "I Wish I Wrote That Song" Award for the two-week #1 "Better As A Memory."

A sought after artist development consultant, she's been involved in perception management for many of Americana and country's biggest stars, including Kenny Chesney, John Prine, Lee Ann Womack, Rodney Crowell, Patty Loveless, Brooks & Dunn and many more.  Believing in the power of narrative -- for both artists and songs -- she teaches those same concepts at Middle Tennessee State University, where she's been an adjunct professor **of Music Criticism** for a decade. She also co-wrote "Just To Watch Maria Dance," the focus track from Guy Clark's post-mortem Best of the DualTone Years. She's at work on Prine on Prine for Chicago Review Press' Writers in Their Own Words series.

Music and Education: Where the Spirit of Learning and Teaching Should Meet