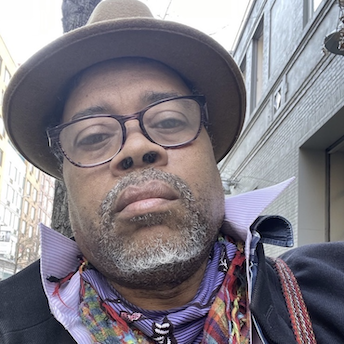 Greg Tate is a writer, musician and cultural provocateur who lives in Harlem. Between 1987–2004 he was a Staff Writer at The Village Voice. His books include Flyboy In The Buttermilk: Essays on Contemporary America, Flyboy 2: The Greg Tate Reader, Midnight Lighting: Jimi Hendrix and The Black Experience, and Everything But the Burden-- What White People Are Taking From Black Culture. Since 1999 Tate has co-led the Conducted Improvisation ensemble Burnt Sugar The Arkestra Chamber who’ve released 16 albums on their AvantGroidd imprint.