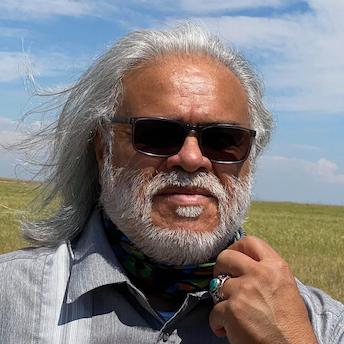 Ernie Perez was born and raised in Los Angeles. A musician since his teens, Ernie made his mark early on as a singer. Through his music he has always sought unity through bands that he has fronted. Ernie was also a lead singer with the Boxing Gandhis, who made two albums for Atlantic in the 90s and have reunited sporadically ever since.

Very community-minded, Perez was a co-founder of Rock A Mole Productions, The Music Alliance, and Artists United to End Homelessness, not to mention a co-producer of the film The Ultimate Song. He is a deacon in his church (Hope LA), where he has helped to establish Hope Kitchen to feed the local homeless and also the Love Rises Community Choir.

Ernie's latest project, working with percussionist Ismael Pineda and other top LA musicians, is "Together/Juntos" an uplifting bilingual record in support of the kids in cages on the border.