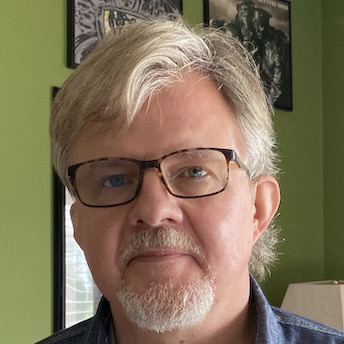 Eric Schumacher-Rasmussen is editor and VP of Streaming Media magazine. He is a former music journalist and critic and has written for Paste, Harp, Blurt, Addicted to Noise, Sonicnet, the Madison Capital Times, the Milwaukee Shepherd Express, the Minneapolis City Pages (RIP), and MTV. He has appeared on numerous radio shows including Dave Marsh's "Kick Out the Jams" on SiriusXM, and moderated the panel "Muddy Waters and Race" featuring Marsh, John Trudell, and Alexander Shashko at the Rock and Roll Hall of Fame's American Music Masters tribute to Muddy Waters. He has an MA in Afro-American Studies from the University of Wisconsin-Madison, where he wrote his master's thesis on "The Blues and Gospel Impulses in the Rock Dialogic: Bruce Springsteen and Guns 'n' Roses." He is a voting member of the Rock and Roll Hall of Fame.